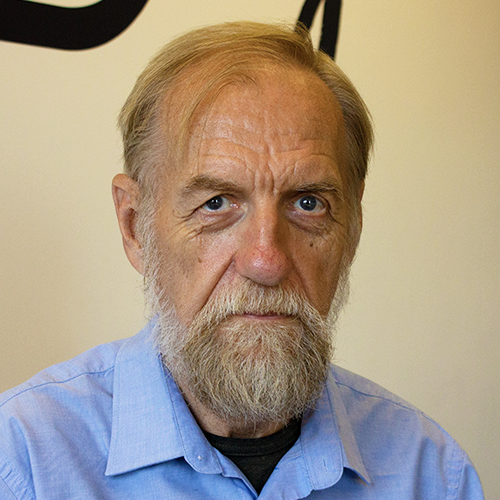 2016 started on a somewhat sombre note and the theme seemed to continue, some donning it ‘the worst year ever’ posing hypothetical situations like “just imagine if we’re all waiting for 2017 and then we’re hit with the ‘2016 S’” – a disturbing thought for many. The year appeared to be dedicated to paying tribute to the many fallen greats – David Bowie, Prince, Carrie Fisher, George Michael, Gene Wilder and Muhammad Ali, to name a mere few – watching Europe sail off into the sunset following Brexit and saying ‘congratulations’ to Trump through gritted teeth. But, with fear of dwelling on the obvious negatives, the time for reflection also brings opportune to reminisce on the things that went right in 2016.A year that saw the Queen turning 90, the UK dominating the medal table at the Rio Olympics and, in turn watching the Brazilian economy thrive, we found ourselves amongst a lucrative year for technology – Samsung causing a minor blip with exploding mobile phones – but, overall, a strong 365 days lead us through to a positive onset for 2017.So what have we seen in 2016 and what does it mean for Digital Marketing teams? We look at rising trends and how much the industry has changed in just one year alone.

The notion of self-service, when it comes to technology, is not a new one; as a race, we’ve become quite adept at looking to Google for self-diagnosis, booking ourselves a taxi within 3 clicks on a touchscreen device or creating a whole new, healthy lifestyle with the aid of a Nutribullet.In the preceding year, self-sufficiency was king and technology gave us the warming sensation of having control in our lives. Autonomous cars, a once fiction-bound idea and still now in the infantile stages of production, are fast becoming the norm that will undoubtedly go from strength-to-strength in the near future. When considering user journeys and experience, are we prepared as an industry for just how lazy the consumer is becoming?Apple unveiled the iWatch Series 2 in September, seeing improved waterproofing, a GPS system and a brighter display – lucky for us, we no longer need to worry about facilitating the ability to hold devices. We can wear the watch and go about our business and hectic routines, with everything we could possibly need remaining at our fingertips. Combining the love of nigh on handsfree technology and the rise of the health-conscious generation, Fitbit have acquired assets from Pebble and teamed with Vector, which would signal new designs and technologies are in the pipeline for the health-monitoring, calorie-counting giant.The technology has infiltrated our homes and you can now control your ‘smart home’ from your smartphone or tablet (or iWatch). The idea was first implemented for homeowners to keep a watchful eye over their assets but, as with most technologies, has merged into a routine and a want for an easy life. Clever devices grant God-like capabilities to the common man where central heating, lighting, home security & more, are now monitored, altered and refined to our tastes. The rise of the robot is becoming apparent and we find ourselves relying on these apps, which dictate how hot your living room is and what time the lights come on in the morning.

Sex Sells, in every world, including that of Technology

The harmonious pairing of love and technology is a tale as old as time, but it’s now being affectionately ushered into the modern world with the help of dating apps on-the-go. As a Digital Marketing Agency, we’re all for finding the right match for you (although, we are more focused on matching you with the right CMS) and 2016 saw the more specialised dating sites emerge onto the market, which gave way to yet another expanding market – as a technologically agnostic agency, we’re all for choice.Bumble was introduced in 2014 but, with new advances and features, the app excelled in 2016; the founder of Bumble, Whitney Wolfe, was also the co-founder of Tinder, but left the dominating dating company due to circumstantial differences (she sued Tinder for sexual discrimination and started one herself which is for women, made by women and run by women). The layout and premise, therefore, is somewhat similar but the differences are introduced when you consider ‘he who holds the key’ – or she, as it were. The brutal swiping process remains the same but it is left to the female to make first contact (based on a same-sex match); if a conversation isn’t initiated within 24 hours, then the match is lost – the cut-throat world of online dating just became more cut-throat, but it works. The world of technology is a rapid-moving, ever-changing machine and anyone that can’t keep up, gets cut.Pornhub isn’t new by any means, and mobile phones certainly aren’t, but the stats from 2016 are far too tempting to ignore. We know that it’s a popular industry and it’s rising fast, so the need for mobile optimisation is higher than ever. With 23 billion visits to Pornhub last year alone, 61% of their traffic coming in via mobile phone – a 9% increase since 2015 – and desktop visitors on the downfall, they are a prime example of the way this industry (technology) is heading.Snapchat gives us a miniscule insight into how technology is progressing; with only a ridiculously basic web-based shop window (because it’s not needed), the simple app strives solely interpersonal media exchange, set to surpass 18 billion daily video views by May 2017. It’s no secret that Twitter has been facing some troubling times recently, so Marketing teams are now turning to new methods, when considering free and relatively straightforward ways of getting their brand out there. Facing its first IPO later this year, Snapchat is paving the way for future technology industries and is loudly reiterating the importance for companies to be mobile savvy.In the world of Digital Marketing, it’s all about DIY. We crave the feeling of being independent and, although we technically rely on the technology, it cleverly gives the consumer the illusion of that exciting, maverick lifestyle.

Ready to get started on your project?